Stage performances are now on DVD 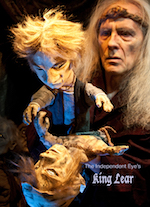 Two actors. Twenty puppets. Shakespeare’s fiery text. Lear is the puppeteer of his own puppet show, the solo human in his motherless kingdom of power and commodity. Like Dante’s damned souls, caught in a perpetual hell particular to each, Lear obsessively plays out his loss of power, friendship, shelter, sanity, and at last even hope. The Fool is his withered soul, an acid clown who torments Lear, stage-manages his story, and finally disappears into Lear’s madness. 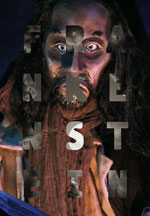 Adapted from Mary Shelley’s classic novel by Conrad Bishop & Elizabeth Fuller, this Frankenstein is the story of a man who, tormented by the death of his mother, seeks to conquer death by making birth obsolete. Three actors, puppets, music and video create an ironic clown-show as unsettling as today’s news. It was described by a critic as “a strangely beautiful, visually arresting spectacle of inanimate oddness … a more intimate story of a damaged soul in search of love.” From the live stage performance in 2011. 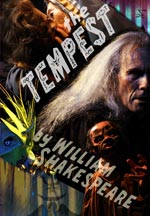 Shakespeare’s final masterpiece of redemption and forgiveness, a comedy with fierceness and deep soul.  Our staging is faithful to the gorgeous text but unlike anything you’ve ever seen before—with five actors, 20 large puppets, masks, shadows, video projection, and Elizabeth Fuller’s stunning musical score.  From the live stage performance in 2009.

The Descent of Inanna DVD 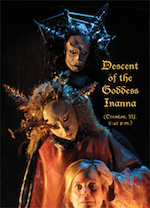